The Jerusalem Institute for the Blind (JIB), in Israel known as Beit Chinuch Ivrim, was established 120 years ago, when a merchant walking on the streets of Jerusalem caught sight of a young child nearly trampled to death by camels, and immediately ran over to help.

He soon discovered that the child was in fact blind, totally illiterate, and lacking even the most basic skills necessary to navigate life. He also learned that there were many others like this child, aimlessly and hopelessly roaming the streets of Jerusalem. Unable to put this potentially tragic incident out of his mind, he reached out to his prominent contacts, and soon after the first bricks of JIB were laid.

JIB was officially founded in 1902. It has since grown into a widely respected Jerusalem landmark located in Kiryat Moshe, operating a school serving children from 6 to 21 years old, and a broad array of extracurricular activities and supportive programs all aimed at educating, enriching, and empowering children, teens and young adults living with blindness to lead independent, dignified, and meaningful lives devoid of crippling dependency.

At JIB kids are encouraged to view their blindness as a challenge that is meant to be overcome as opposed to a disability that defines them and limits their potential. Our vision is to cultivate a world of acceptance and inclusivity in which all people with blindness can be equal and active members and participants. As a testament to our institute’s track-record, we recently sent a team to compete at the Paralympics and brought home a bronze medal. Since the Abraham Accords, JIB has received numerous invitations to local Arab countries to share our best practices of educating and empowering blind children and teens. We cannot emphasize enough that we would not be able to educate, enrich, and empower these children without our generous partners in the USA.

JIB is a unique organization in that it absolutely guarantees its benefactors transformational impact, because every child with blindness that is guided through our school and enrichment and supportive programs develops an ability to learn, function independently, and a positive self-image and confidence. At JIB, we encourage each and every one of our children and teens, to actualize their full-potential and become a contributing member of their respective communities and society as a whole. 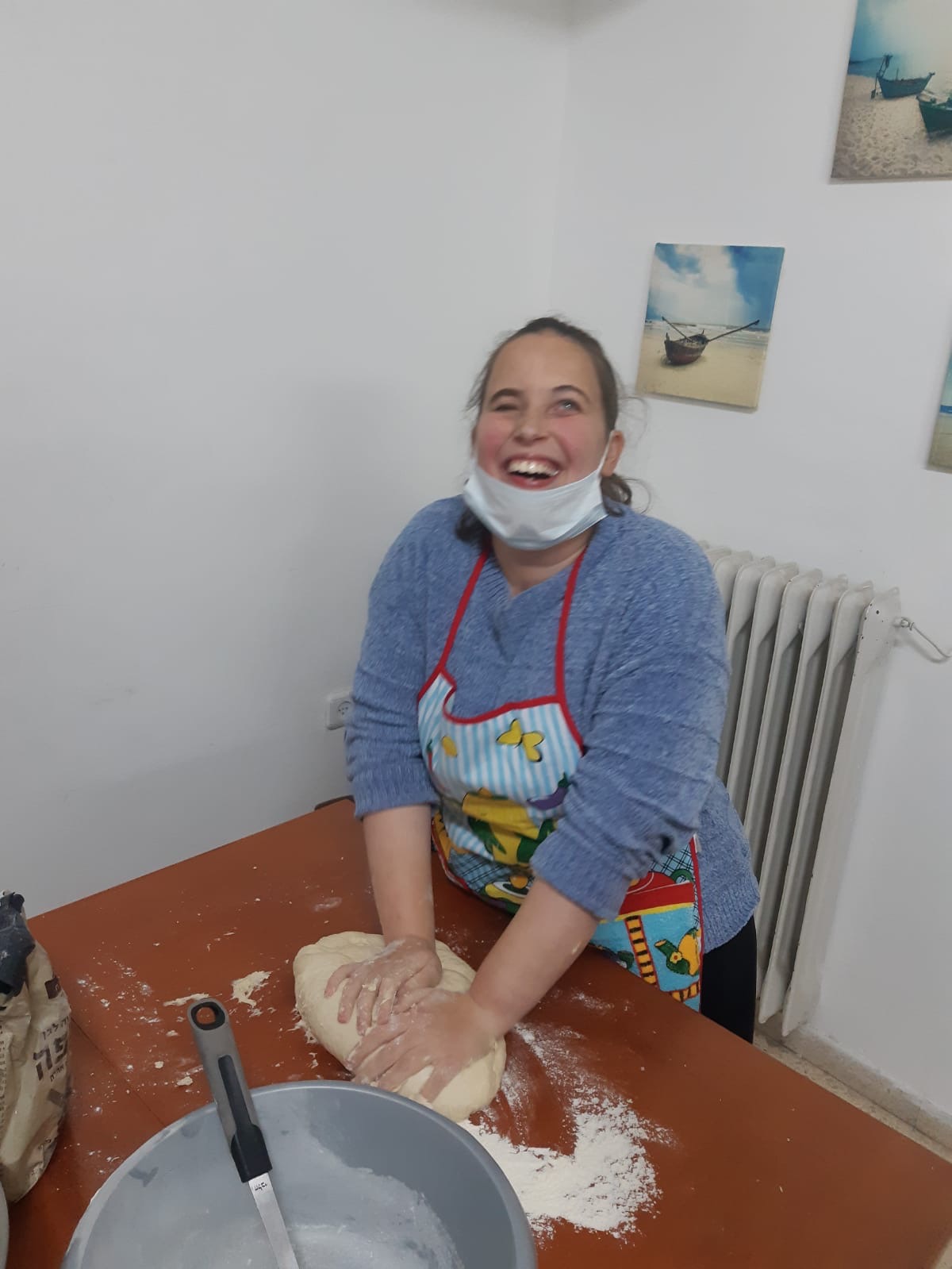 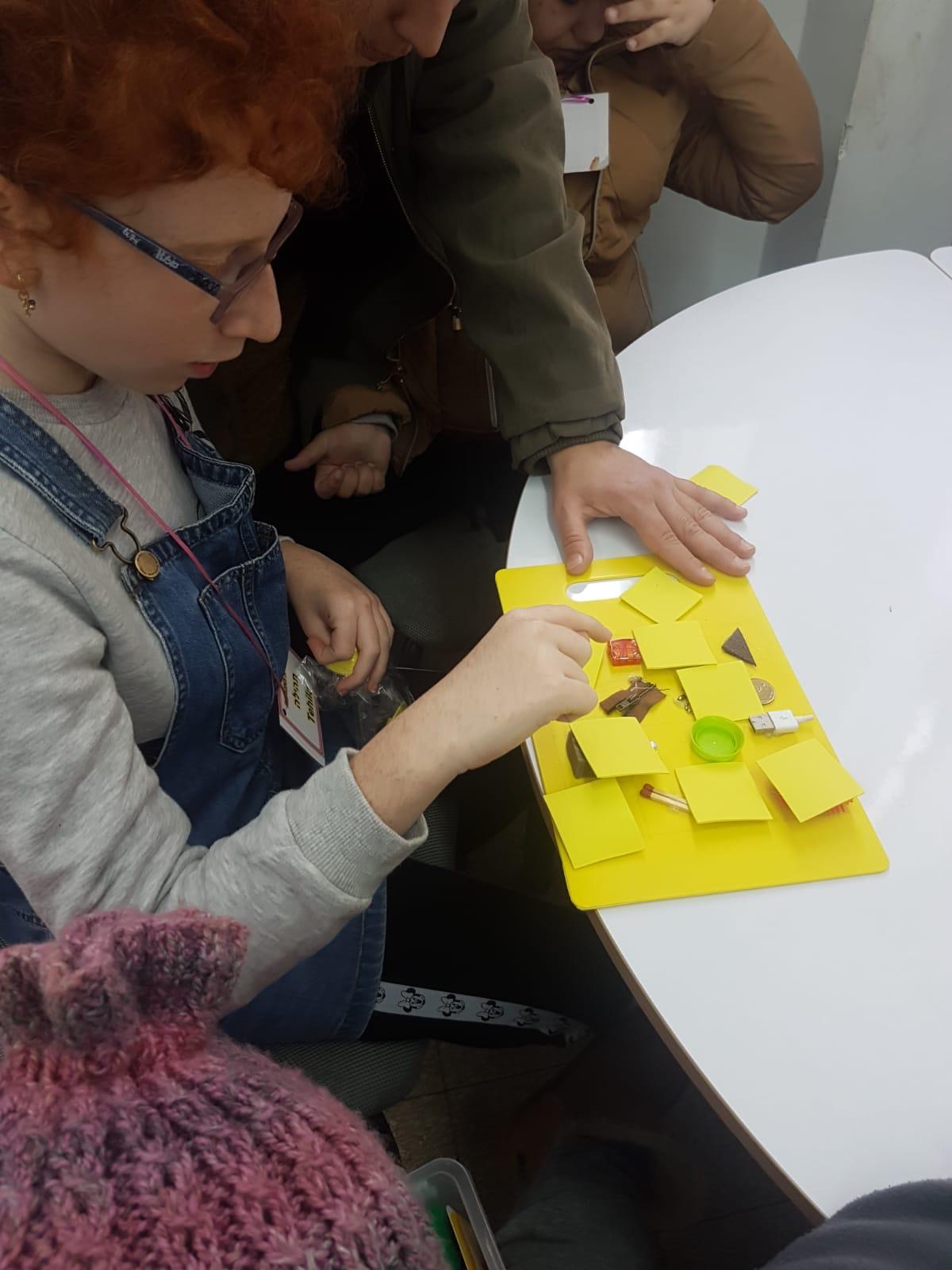 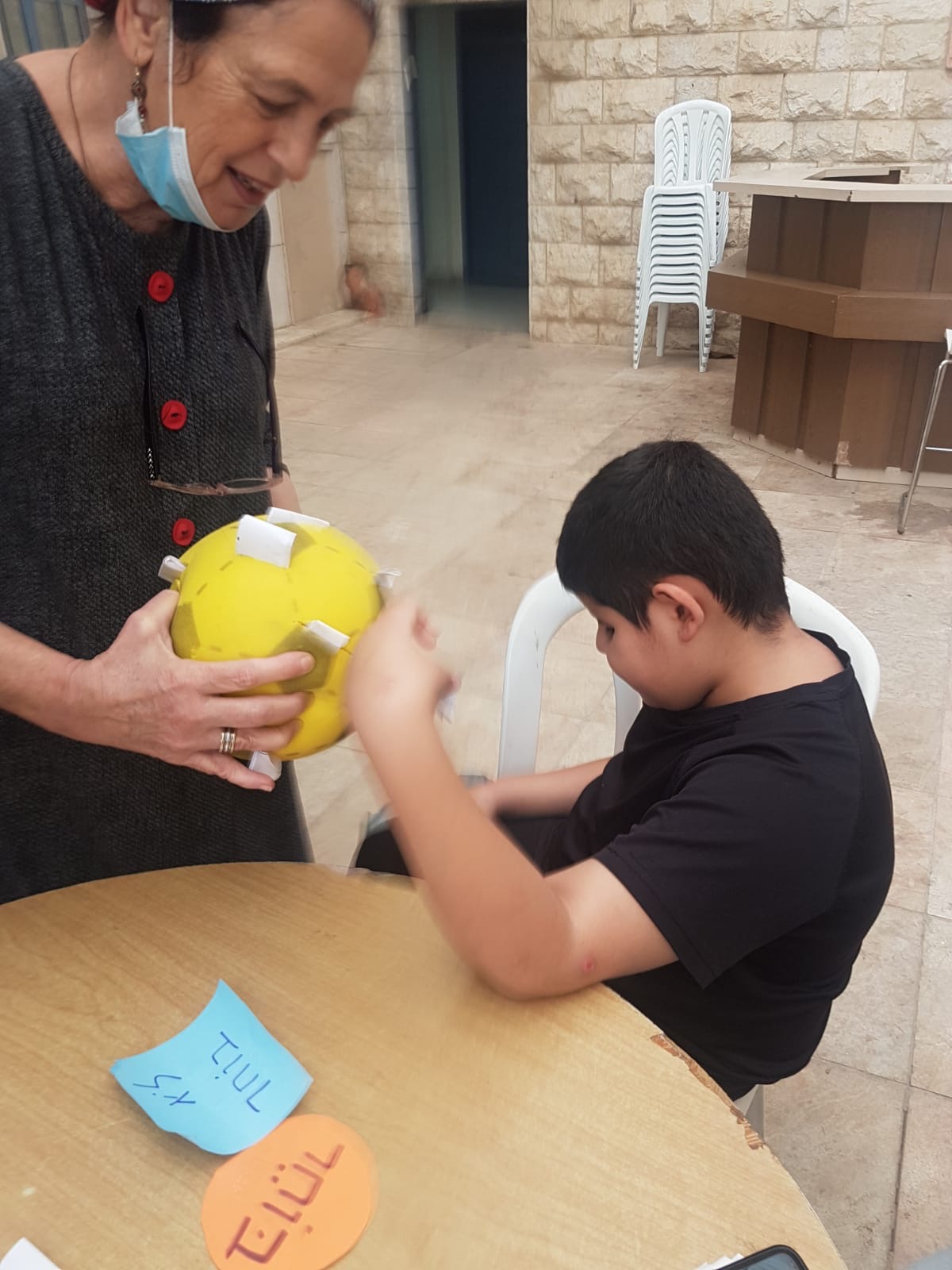 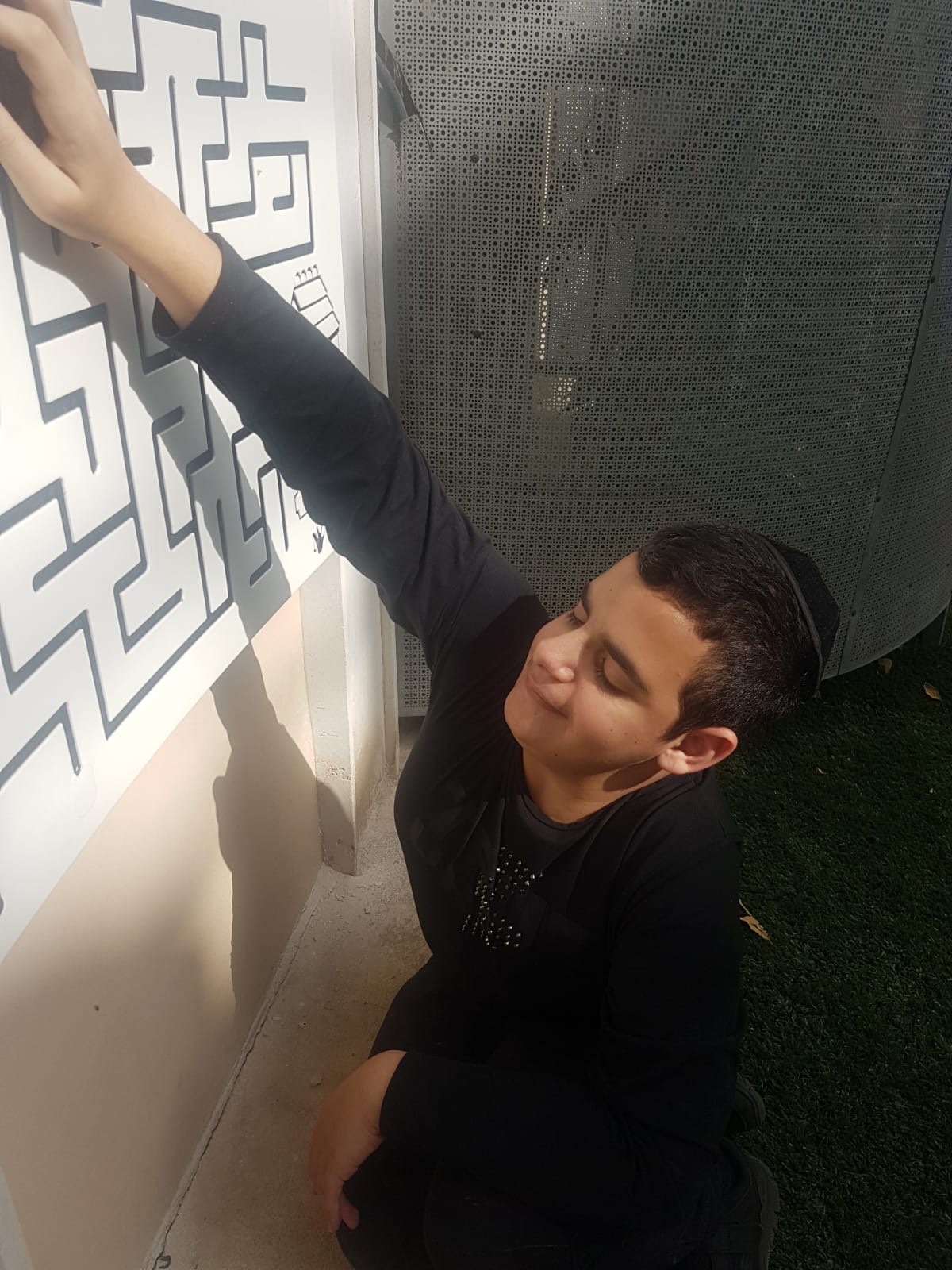 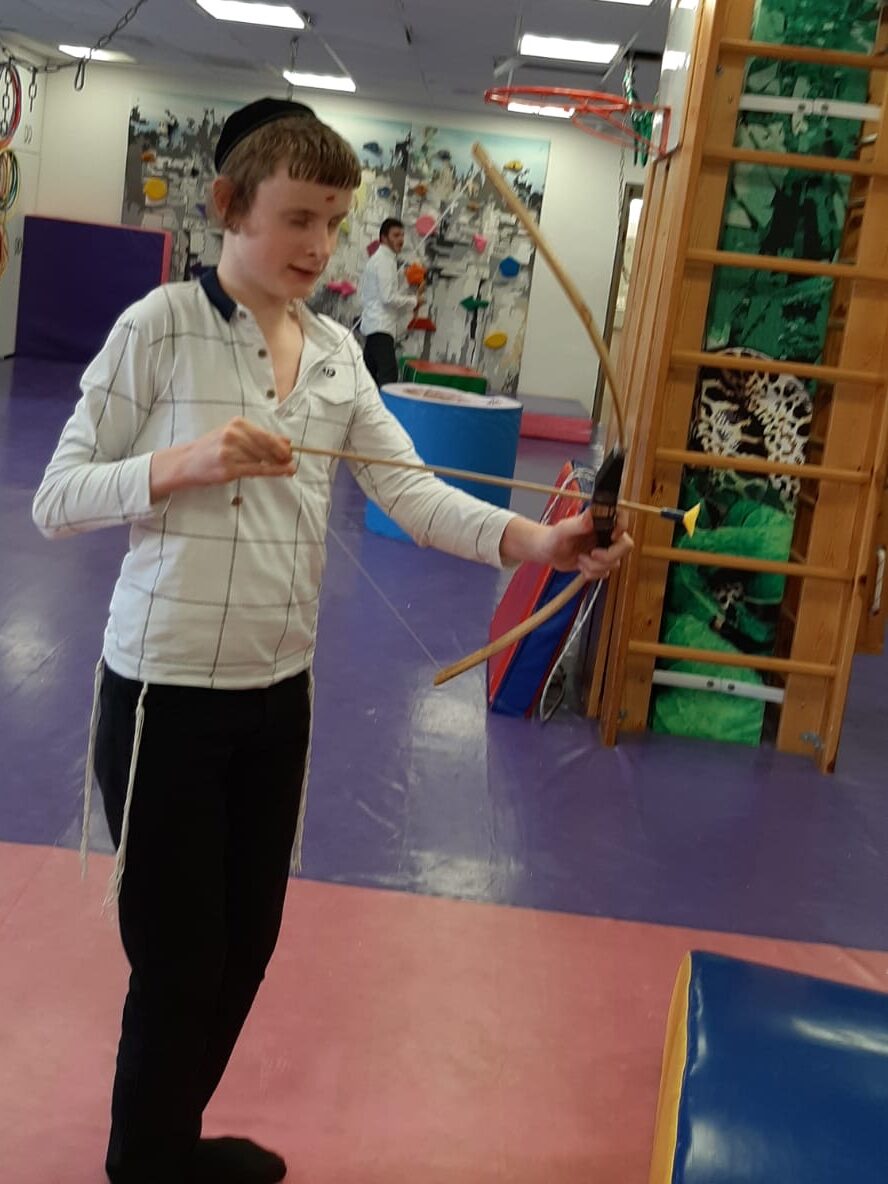 Maoz finished 12th grade at a local community school, however he was totally blind and was not independent. He did not know how to take care of himself and navigate without assistance. He joined our independent living program, began to live in our training apartment. Within two years he became totally independent and is now pursuing a profession in medical massage.

Daniel was 12 when he went completely blind. He had a very difficult time accepting his new circumstances. He joined our school and slowly began to come out of his shell. He learned how to use adaptive technology for the blind and discovered his passion for technology. He also began to volunteer for the army once a week and recently increased it to full-time volunteering.

Dina was a new immigrant from India. Having lost her vision in early childhood, Dina came to us without any reading or writing skills. Here she learned to read and write Braille in both Hebrew and English. She also discovered her affinity for music and now plays an instrument and sings.

Nava is a completely blind young woman that has lived at home her entire life. She is totally dependent on her parents for everything.Recently, after much reflection she expressed her desire to one day start a family of her own, but she totally lacks even the most basic independent functioning skills.She entered our independent living training apartment and slowly became more independent in her day-to-day functioning. Today Nava participates in the national service program and gives of herself to others, becoming a contributing member of society.

Dima came to Israel from Ukraine as part of the first wave of refugees escaping the war. He is almost completely blind and was directed to our school. It was especially hard for him because his family was having a difficult time transitioning. For the first few days Dima was hypervigilant and very anxious. Slowly, with our encouragement the other kids started to befriend and include him different activities. Dima was finally able to focus nicely on learning and involved in school wide programs and activities. He is much happier and speaks some Hebrew now.

Hagai became blind from an illness at the age of 16. It was very difficult for him to accept his blindness. He was very distraught and began to withdraw. It was painful for his parents to watch him this way.We managed to convince him to join our “Yachad” program. There he met other blind teens and became friends with them. Together they participated in fun trips and activities. From their positive behavior, genuine friendship, and warmth, Hagai started to cope and his performance in school improved.